From National Review, we learn today that “Eliminating Gender Norms from Clothing Styles is Actually Transphobic” for some reason. This being the Age of Outrage, you can be damned sure that someone is going to preach the good word–which is to say, we’re not going to tolerate that shit.

But trans people should be aware that well-known faces like Jaden Smith are starting to encroach on our territory. They’re starting to wear the trans uniform without actually stating that they are transgender, and they’re claiming it for themselves under the guise of gender-neutral fashion. All of which begs the question: where does that leave us?

Well, Katie, I hope it leaves us in a place where we’ve reached (I hope, I pray) peak absurdity. This is a moment where it doesn’t matter what you say or do, someone will be offended. They’ll be offended because they prefer the social benefits of outrage over finding the good (or intended good) in what people do. They would much prefer to aggregate power behind cultivated victimhood than merely give the benefit of the doubt.

It’s a funhouse version of Warhol’s fifteen minutes of fame, though. In the future, everyone will spend fifteen minutes of shame at the hands of an internet lynch mob and no carefully assembled armor of social justice causes and virtue signaling can possibly save you. It will be a quiet joke told between friends, a well-meaning photo that you took (but didn’t vet with your minority advisory council), an inappropriately appropriated “ethnic” meal, a candidate or cause you supported decades earlier, a political donation you forgot to regret loudly and publicly enough, or merely daring to believe something outside of the current cultural orthodoxy.

Whatever it is, the lynch mob is closing in and your fifteen minutes of shame is coming up.

But, surely, no society could possibly withstand that, could it? No society can maintain a common fabric with so many power hungry, outraged fingers pulling at the threads. Surely, we’ll grow past this absurd moment and remember that the other people on the receiving end of our outbursts of self-righteousness are just like us: imperfect folks doing their best to get along. Surely, we’ll remember to extend them good will and the benefit of the doubt when they say something questionable (and maybe even remember that it isn’t our place to police every word that comes from their mouths to begin with).

Surely, with generosity of spirit and kindness in mind, we’ll remember that ripping each other to shreds and leaving careers, personal reputations, friendships, and dignity in tatters isn’t the best way to build the better world that we all are aiming for.

The test of the greatness of a critic is in two things: firstly, do you feel as if you understand the art better for their insight, and, second, have they explained their love or hate of the thing in such a way that you have a good idea whether you’ll enjoy it. Roger Ebert wasn’t a critic that I always agreed with (his review of Kiss Kiss Bang Bang managed to point out all the bits that I loved about the movie while explaining how those things left him cold) but who gave me a greater understanding of the movies and of the artistry of the medium.

His political and social offerings weren’t particularly welcome from my corner, but I always believed that he had a right to voice those opinions and use his podium how he saw fit. He carved out his own space in every medium that he chose from television and newspapers to books and social media; most admirably, he did it honestly, bluntly, and on his own terms.

He critical eye will be missed.

Call me crazy, but I think Randy Travis might have a drinking problem.

For what it’s worth. 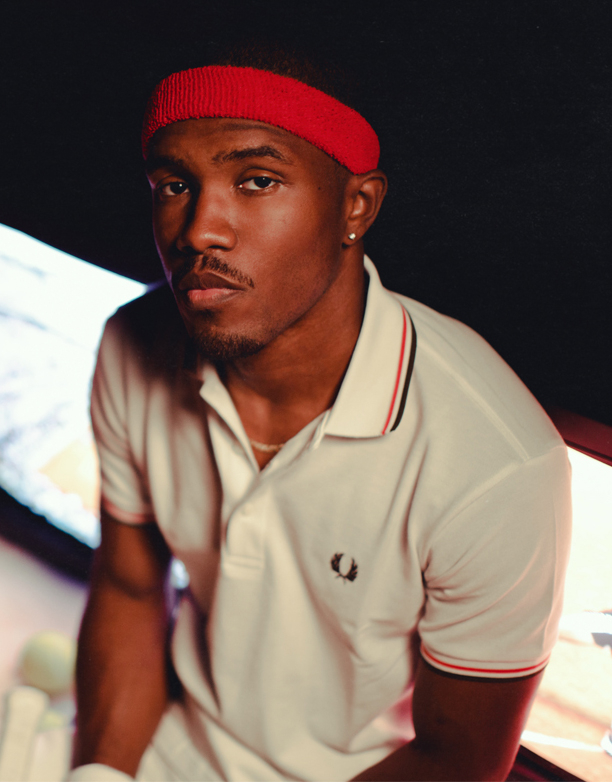 For the record, this was a much braver step than anything Anderson Cooper could have said or done in announcing his sexual orientation. With Cooper, the reaction was predictable: he’s a white guy working in television and the son of Gloria Vanderbilt. His sexual orientation had been a matter of speculation for years. Not only was no one surprised, but there was very little danger in his admission.

Frank Ocean, on the other hand, is a black man whose industry (black, urban music) has been dominated by misogyny and homophobia. It was a real risk to his career to admit to having had same sex relationships.

Hollywood makes “brave” movies about sexuality and race all the time. They pat themselves on the back for their “bravery,” they give themselves awards to celebrate their bold statements, and never seem to recognize that there was nothing particularly brave about, say, Brokeback Mountain. It was a good movie, amazingly well-acted, and well-directed, but it wasn’t a risky career move for anyone involved. It was a play for awards and critical praise from the audience that mattered: the filmmakers’ peers.

Frank Ocean’s peers haven’t, in the past, shown such an open mind to homosexuality in their ranks. From AllHipHop.com:

I have to give Frank Ocean his props for coming out of the closet and announcing to the world that he’s a gay man. While he’s not a Hip-Hop artist as has been asserted in the mainstream, he’s an affiliate. With that said, he’s a representative of the ever-changing times in urban music and general music.

And, reading the comments in that posting, you’ll see the risk that Ocean has taken.

Me, I continue to not care at all about other peoples’ sex lives. As long as they aren’t abusing animals, abusing children, or abusing the unwilling, it doesn’t much matter to me who they sleep with. Generally, I think that these sort of pronouncements should be treated with apathy; if we all cared a little bit less about who other people slept with, the world would be a better place.

This time, though, I’ve got to give some credit to the gentleman for showing some real courage.

A quick postscript: The same folks on my Twitter feed who were making a big deal out of Anderson Cooper’s announcement last week are strangely silent about this. I would confess to disappointment, but I would first have to have been surprised.

Journalists beware: Alec Baldwin is coming to get you.

The Emmy-winning “30 Rock” star then used the bike to knock the “Inside Edition” reporter aside as she asked Baldwin a question about his latest public meltdown — a fight with a Daily News photographer.

“Ouch, my back,” the 5-foot-2 woman said after her brush with the hot-headed Baldwin. “He shoved me and ran over my foot.”

I have to say this for Alec Baldwin: every time you start to forget that he’s a jerk, he’s right there to remind you. He’s like his own, walking, talking public service announcement proclaiming himself unsafe for polite company. Or even reasonably polite company.

“Yes, thoughtless little pig Alec Baldwin chooses to be a star and celebrity and then assaults a guy for taking his photograph. He wants the millions and the fame but none of the hassles that go with the deal.”

You probably can’t read that. It says, “A ‘photographer’ almost hit me in the face with his camera this morning. #allpaparazzishouldbewaterboarded”