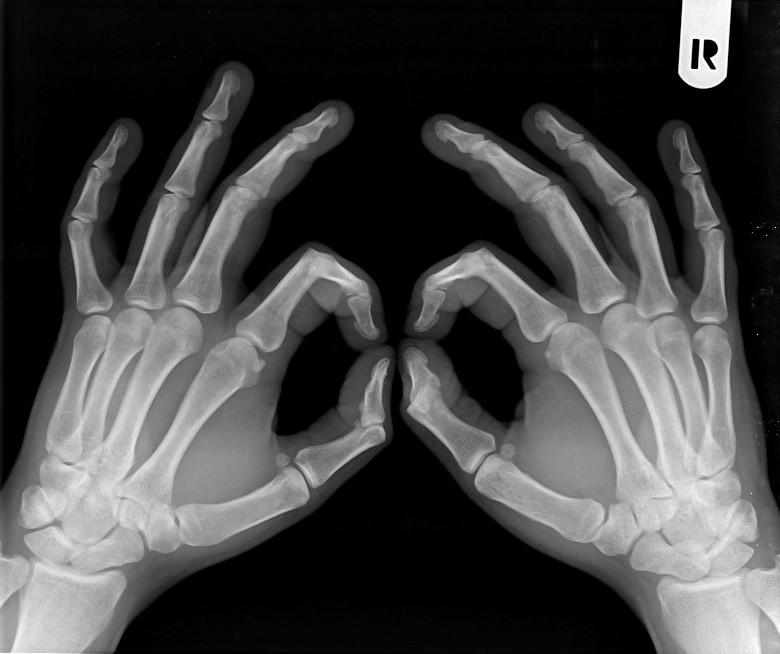 I won’t much quibble with the ruling (although I think it takes some interesting gymnastics to get to its conclusion). Here’s my issue: it never would have passed House and Senate if it had been sold as a new tax. We got sold “A” (with a side of “you have to pass it to find out what’s in the shiny package”) and ended up with “B” (and a side of “big, new tax).

It’s like the worst episode of Let’s Make a Deal ever.

My friend, Roger Fraley, tries to find the silver lining.

Antonio Martinez tweets something that succinctly captures my feelings:

It’s troubling how many people are celebrating a tremendous loss of liberty because they think they’ll be getting something for free.

That, I think, is exactly right.

Todd Thurman at The Foundry finds a silver lining for fans of limited government.

On the statutory level, the Court is inexplicable in reading the mandate penalty as a tax when President Obama and congressional sponsors emphatically denied it was a tax, but that is only a misreading of a statute. On that statutory ruling, the Court majority held that the mandate penalty is not a tax for purposes of the tax Anti-Injunction Act, but is a tax under Congress’s taxing power, despite the fact that the law never calls it a tax. Yes, this is a terribly strained reading of the statute, but conservative constitutional scholars who challenged the mandate never said that Congress did not have the power to enact a tax similar to the mandate penalty.

Despite the Court’s error in reading the individual mandate penalty as a tax, five justices opined that the mandate, standing alone, cannot be justified under the Commerce Clause or the Necessary and Proper Clause. This is not remarkable to anyone who knows the original meaning of the Commerce and Necessary and Proper powers, but it is a serious blow to 90 percent of the legal academics and about 90 percent of Congress, since these have been the clauses used to justify so much of the modern administrative state.

I’m not so sure I agree, though; to me it seems an invitation to just tax the hell out of us to achieve policy objectives. It seems to invite wrapping the biggest government programs and ideas in a big fat blanket of taxation to justify the overreach (which he somewhat acknowledges in the paragraph after what I’ve quoted). I actually think his opinion closely mirrors my own with one significant exception: I’m having a hard time finding enough shine to the silver lining. I think the bad of the decision so outweighs the good that the little bits we’re trying to grab onto are almost meaningless.

I see this as a big roadmap for further government excess. Except for one thing:

The majority’s ruling on the onerous conditions attached to the Medicaid expansion is also helpful in limiting Congress’s power to bribe states into submission or to threaten them with the loss of federal revenue in a long-run federal-state program. In a fractured set of opinions that will take some additional time to untangle, a majority of justices imposed limits on Congress’s ability to threaten the denial of previous funding streams based on states’ agreeing to new funding conditions in those programs. Indeed, seven justices seemed to agree that some constitutional limitations were breached in the Medicaid expansion. This itself is a landmark ruling.

Damned shame that it is freighted with so much other baggage today.

Jeff Goldstein roars: I warned you. And he did.

Steve Green answers the question: “Well, Doctor, what have we got—a tax or a mandate?”

What the Court has done is not so much to declare the mandate constitutional as to declare that it is not a mandate at all, any more than the mortgage-interest deduction in the tax code is a mandate to buy a house. Congress would almost surely have been within its constitutional powers to tax the uninsured more than the insured. Very few people doubt that it could, for example, create a tax credit for the purchase of insurance, which would have precisely that effect. But Obamacare, as written, does more than that. The law repeatedly speaks in terms of a “requirement” to buy insurance, it says that individuals “shall” buy it, and it levies a “penalty” on those who refuse. As the conservative dissent points out, these are the hallmarks of a “regulatory penalty, not a tax.”

The main challenge Roberts faced was to jerry-rig a (Tax Clause) argument to get him to where he was determined to end up. He employed specious, result-oriented reasoning in order to achieve an unprincipled—but for him, an institutionally desirable—outcome.

It was simply not his place to do this. And on what may have been the most important decision he is ever called upon to write, John Roberts produced a political, even disingenuous, and too-clever-by-half opinion. (Consider the withering dissent by Justices Scalia, Kennedy, Thomas and Alito to be mandatory reading. “What the government would have us believe in these cases is that the very same textual indications that show this is not a tax under the Anti-Injunction Act show that it is a tax under the Constitution,” according to the four Justices. “That carries verbal wizardry too far, deep into the forbidden land of the sophists.”)

I cannot overstress just how disappointed I am with Justice Roberts’ decision and the damage that I think has been done. I’m not sure I’m willing to carry it as far as Mr. Wehner does here; that is,  I don’t know that Roberts thought that his gymnastics routine was anything other than good reasoning. I don’t know that he really did work from a desired end and then concocted a ruling to support that desire.

I  consider that to be a generous reading, but it does pose a problem: if he wasn’t acting in bad faith, believing that he needed to “protect the reputation of the court” more than he needed to make a correct legal ruling, then we have to face the fact that we have no idea how this man will rule on anything. His guiding principles are most certainly not ours (the left’s wailing and rending of garments during his confirmation notwithstanding) and he is not particularly conservative.

He is obviously intelligent and seemingly decent, but he will not be a reliable voice for conservatives in the future. For all that the left believes that we have packed the court with hard core conservatives, the truth is that the left has been far more successful at nominating and confirming true liberal voices to protect their interests.

What I wouldn’t give for another Thomas or another Alito…